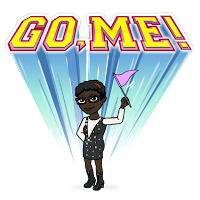 First of all, big breakthroughs are precipitated by years of hard work and developing good habits. None of it happens by chance. I live with the intention to be better than I was yesterday, to learn from every situation, and to mature into the best possible version of myself. This is the basis of my beliefs and actions. So even when I seem to make drastic changes to my beliefs and actions, the underlying motivation remains constant (someone needed to hear that).

At the end of last year, I decided to engage people. That was it. I decided to have a people-centric year. I set the intentions of (1) more effectively and consistently serving the ones I love, and (2) forming more meaningful connections with people of like passions. The result was a BIG WIN year. Here are the principles that stood out most:

1. Spend time with people you love and who love you.

I spent 2016 giving more TIME to people whose company infused me with energy, who I was sure genuinely cared for me, who consistently made time for me, and with whom I shared similar passions and interests. I just gave them the lion's share of my time and consistently chose to be with them. The result was that I spent less time with people who didn't meet that criteria, and had many more moments of joy and genuine connection, and much less awkwardness, discomfort and angst. I had unwittingly found and chosen to be with MY TRIBE! These were the people to whom and with whom I truly belonged. It gave me loads of energy and encouragement and peace. There was less dissent and doubt and fear. These people believed with me and sometimes FOR me, and pushed me when I was just drained and exhausted, because they love me (for real reals). 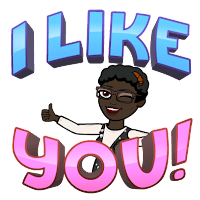 This is so important. I chose to just trust my gut and go after the people with whom I felt deep connections. It worked. I would go to events, talk with lots of people, and follow up closely with the ones with whom I'd felt some kind of spark. I ended up making lots of new friends with whom I share plenty of common interest. And I ended up strengthening relationships that had been casual for years. I found people I could help, and who could help me, and who were running in the same direction as me and were willing to join me on the journey. My people knowledge database expanded drastically in one short year. It was great!

Because it's your life, and if you don't enjoy it, who will? I just threw out the burdensome, tedious tasks I had felt obligated to do and, as often as I could, did the things I was really interested in and excited about. I went to more art exhibits, book readings and launches, parties, self-improvement seminars, dance concerts - anything I already knew I loved to do that filled me with zest and joy, I pursued that. The result was more connections with people of like passion, and plenty bliss. Pure bliss. 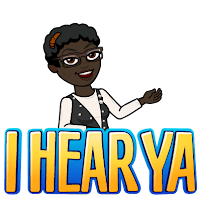 4. Express self less and listen more.

When I made the decision to engage people more, I chose to be an active listener and encourager. My focus became: 'how can I be present for this person right now?' I made serving others a priority, and I learned something from that: people want to be heard. Often, lunch and a listening ear was all it took to turn a casual friendship into something more solid and intimate. I just listened and let them know that I really cared (because I really did). That was a definite game-changer. People appreciate honesty and genuine concern. But if you think about it, of course they do! We all want that.

Listening more also gave me many nuggets and insights that I had missed before. I re-learnt a lot of my friends last year. I heard them. You can't become a better listener without also becoming more observant overall. So I picked up on certain cues and expressions. I heard the story beneath the words. And I learned to appreciate these people, and love them so much more. 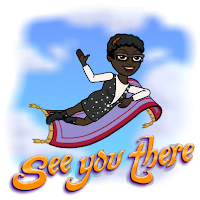 I didn't realise it at the time, but deciding to more actively engage people I felt strong connections to automatically meant less engagement with those I didn't. Some friendships just faded. When I went after connection, I realised how many people were sorta just there ... in my life because I had picked them up at some point, and they just kinda stuck over the years. We no longer shared common interests or passions, we just had common history. But this history was no longer relevant to where or who I was. And I had to learn to let those go. When a friendship no longer has a certain kind of intensity, allow it to become casual. Don't be afraid to let go of the people you've known all your life who you no longer relate to. If you've grown apart, admit it, love them, but don't stress about it. Allow the relationship to grow where it's growing. Don't see it as loss. See it as evolving.

6. Get the good exhausted.

The kind of exhaustion that comes from doing so much of something you love with people you love and thoroughly enjoy, that you are just all worn out. What's the point of agonising over things that do not serve you at all? Why get tired doing things you despise with people you really don't belong with? Find your tribe. Find your passion. And then go for it with all you've got. Take the risk. Work superhard! And get the exhaustion that fills you with joy and satisfaction and fulfillment. Get the good exhausted.
Posted by Ruthibelle at 7:02 AM