I don't know who the fifth President of the United States is. Or the twelfth. Or the twenty-third. Or even the thirtieth.

I'll probably forget who the fortieth President of the United States was. And probably the forty-second. And even the forty-third.

I will never forget the 44th President of the United States: 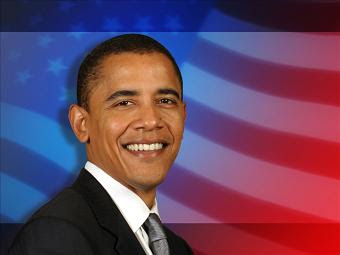 First African-American man to be elected President.
One of the youngest American Presidents ever.

Cause I saw it happen with my own two eyes.
Posted by Ruthibelle at 10:49 AM

Power to the people.

Enjoy it we deserve it.

This is what democracy REALLY looks like! When you give it all you got, you BOUND fi come chroo!

It's really an exciting time in the United States. God knows we needed something to feel proud of. I'm looking forward to his term in office! Yay OBAMA!!!


It's funny how happy everyone is about this... I'm really glad for you all. America pbviously needed some good news, and they pbviously believe they got it! Luce, I'm glad for you guys.

It's been a couple of hundred years in coming. Glad it happened in my lifetime.

I will remember it too...but I think Bush is hard to forget albeit for a different reason. Enough said.

Bush is looking older and smaller every day. The Obama's visit to the White House yesterday clinched that image for sure. Kind of like he's ready to retire - I heard boxes were brought to the gates of the white house to help him move out.