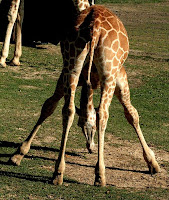 Yes mi chile!! That distinguished group that serves and protects and, above all, ensures that no illegalities occur in our island - the Almighty Jamaica Constabulary Force - made a major, major, major boo-boo: they spent millions of dollars purchasing ammunition from an illegal dealer in the US. If it wasn't for the consideration and alertness of the FBI, the arm of the law in this country would have completed its business transactions with an unauthorised and unlicensed international dealer. Scandalous. Just disgraceful. *SMH* (Read the full Gleaner story here.)

Of course, the Government is already playing the cover-up/cop-out/blame game. Commissioner of Police Hardley Lewin had nothing much to say, but referred the Gleaner to "the people who were actually involved" (what is he trying to say?). One unfortunate "involved" soul is a heretofore unknown DCP Bent, who, I have a feeling, is seeing the writing on the wall... (adieu, madamoiselle Bent, adieu).

The Ministry was trying to make it look like a set-up, but the FBI wasn't having it at all:

Gilbert Scott, permanent secretary in the Ministry of National Security, said: "The matter regarding the purchase of weapons from Taylor and Associates was part of a sensitive security collaboration between Jamaican and USA law-enforcement agencies." But Judy Orihuela, media representative for the FBI, Miami Division, said that the case was "not a sting operation".

Apparently, we even wired them the money already: US$81,100 to be exact, that's 5.8million Jamaican dollars! Quite an expensive "sting operation", no? If it wasn't so disturbingly sad and tragic, it would be laugh out loud funny... Really makes you wonder about the regulation of those entities in our nation that are supposed to regulate us. As the good book says, he that is without sin cast the first stone... 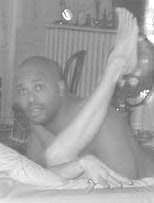 Posted by Ruthibelle at 9:47 PM

what's up with the picture of the guy between that chick's legs??? hilariously random...

Indeed,how interesting!? How incongruous and paradoxical!? In any self respecting law enforcemententity, heads would definitely be rolling,immediately.Will this happen in Jamaica?Absolutely not!!The incompetent person or persons, most likely, will end up getting the Order of Jamaica(OJ) or the Order of Distinction(OD) some time next year.ESTEBAN AGOSTO REID

What a way to end it: scintillating, scandalous sex! LOL!

This is indeed embarrassing. Kinda like how our govt fork out millions for a helicopter that cant tek sea wata...LMAO!!!

One of the many sorbid stories that makes it difficult for me to feel comfortable with the idea of being home. Incompetence is not just a poor job quality- it's dangerous!

Hey, great post! Adieu Madame Bent indeed. have you noticed its always a woman who takes the fall?

and where on earth did you find that wonderful illustration of compromised position? hilarious.

belatedly found your blog and thoroughly enjoying it...

Thanx Annie. I thought the picture was hilarious too... and apt in its description... just look at dude's face, lol

It's really a shame though. I feel bad for the police who have to deal with criminals who now have the perfect comeback/wisecrack/excuse for resisting arrest...

i just recently heard about this story and was like WTF?

i'm with Will; that pic at the end is hilarious!