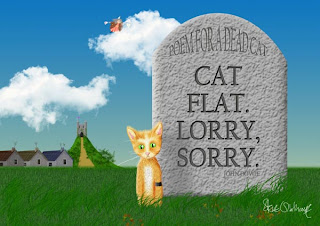 I've never been drunk. Never had heightened or weakened sensual perceptions, never been super-horny as a result of an overdose of alcohol, never seen blue birds singing in the middle of the night, never had the scandalous night out only to wake up the next morning with no recollection of where I was and what I did. Never ever been drunk.

And I've tried (this goes under the category of young and foolish). I lived for three years on the only all-girls hall at the University. Every year, we have a combined dinner with our 'brothers' from the only all-boys hall (I should tell some of the stories bout what my hall-mates did with these brothers some time...) Our Annual Dinner and After-Party. At the after-party for one of these events, I decided to give this get-drunk thing a try. I figured what the heck, I'm here with all my friends, my room is right around the corner, and there are ample guys I know and trust to carry me there should the need arise (young and foolish category, remember?). Plus, security's here a-plenty. Why not give it a shot?

So I started drinking. Straight vodka first. Several cups. I drank while dancing and what-not. I was waiting for drunkeness to set in. Nothing. Now straight vodka tastes just awful, so I start going for the mixed stuff. Several Vodka and cranberry juice. Nothing. Some cups of Appleton and some sort of soda. Nothing. White rum and pepsi (a whole heap of cups of this actually). Nothing. I felt wonderfully carefree, but I wasn't drunk.

I still knew where I was, who I was with, what I was doing... I started to get pissed. Why wasn't I drunk? So I started to just take whatever the bartender had (he found it hilarious, thought I was a little bibber). And by the end of the night, still wasn't drunk. I was outraged. I had drunk more than I ever had before in my life and much more than all my friends, who agreed I consumed a disgracefully plenty amount of alcohol, and I still wasn't drunk.

Even at the lyming that took place after the after-party (yes, university parties and after-parties usually have plenty mini after-after-parties), I still felt no signs of drunkenness, only a certain very carefree spirit. So I went to bed, even read my bible. Then I woke up. And I've always heard of hangovers, but to date I've never had one. No hangover, no overwhelmingly groggy feeling. Just red eyes, a pretty clean memory, and more than a shot of guilt for some of my carrying-ons the night before. (Jesus, forgive me.)

And that was my failed attempt to get drunk, and proof that when you young you chupid boy. Cause now I'm wondering why would I want to be drunk? What was this fascination I had with losing my faculties and possibly creating a scandal around my unblemished and veery Christian name (cause university scandals never die...)? What if I had suceeded in this 'get-drunk' quest and ended up hurting myself? Curiosity, they say, killed the cat. I'm just glad (thank God) I'm not that cat. In fact, this cat is sane, sober, wiser and very much in tact.
Posted by Ruthibelle at 10:36 AM

you're rather lucky young lady

*comin thru for the first time*

I think you didn't get drunk because you were consciously looking for something to happen. I think when you get drunk...it just happens.

(peep this...this is my drunken memory...

>> more than a shot of guilt for
>> some of my carrying-ons the
>> night before.

What, nothing scandalous though? What in your opinion would comprise a scandal?

Something a LOT worse...