Like anybody in the international spotlight, Usain Bolt has been coming under some serious attack for (of all things) his "braggadocious" attitude. Apparently, several people, including big-timers like Mike Costas and Ato Boldon, are hating on the Jamaican (dare I say it?) *super*star* for celebrating his Olympic success in fine style.

People like this guy are saying that Bolt should tone down his attitude and be "more respectful" to the 100m race (since when are athletes required to be 'respectful' to a frickin race? And how was Bolt disrespectful? Was it the gall he had to actually win a major race when he is only from a small Caribbean island? Was it the precocity, nay, effrontery and audacity he showed in already being an athletic force to reckon with at a mere 21? Tell me, where was the disrespect??) They even assume that he deliberately ran a "slow" record time for the million dollars he will get next time he breaks it (I say that's smart money management, lol, and 100m in 9.69s ain't slow baby!)

Still others, like this little fella, think that Bolt needs to develop a modest personality... (Where was this when all them other athletes were showing off for years and years?) He says Bolt was 'indulgent and over the top' (so what? I'd indulge myself a little, nay, a lot, if I did what he did). The article's last-line:

"I was reminded of snowboarder Lindsay Jacobellis who was set for gold in the Turin Olympics. She tried to show off on a jump and crashed out of first place. I hope the laidback Jamaican looks carefully over his shoulder."

Reeks of bad-mind, nuh true? And the difference is that Usain done win the gold already and them can't take it back from him (not unless them want start World War 3 up in ere)!! 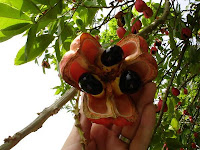 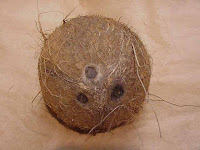 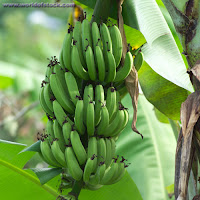 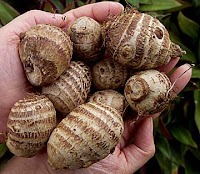 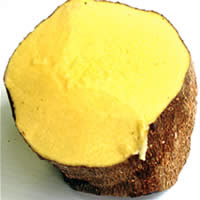 Yeah. Take a good look... nothing but some solid ground food and some all-natural juices!! Our athletes- and any Caribbean athlete for that matter- train for long hours and work very hard. When they finally achieve, I say if they want to strip themselves naked and run around that stadium, they deserve to!! All them haters can get upset if they want to: that in no way negates the fact that USAIN BOLT WON THAT MEDAL AND BROKE THAT RECORD! So tuff! We don't really care what they want to say. Our country just produces great sprint runners... no ands, ifs or drugs about it!!
Posted by Ruthibelle at 8:05 AM

Tell them people dey shut dem rass!!! Bolt is a Caribbean man and we do things in style!

LMAO... well my langauge wouldn't be so colourful, lol, but I agree 100%... them need to leave we alone mek we celebrate!! If anybody saw TVJ's sports commentary las nite--- Oral Tracey addressed the issue and had me laffin so till! What them expect? A written letter of overwhelmed elation - would that be "respectful" enough? LOL!

Definition of Sore Loser:
"A sore loser is someone who loses in a fair competition but whines about it on a constant basis, blaming everyone around them for their loss except themselves"

no-one said much when maurice green was always acting a fool after winning. when shawn crawford get on like a jackass after winning the 2 last olympics here wasnt much talk.

Bolt just exubberant! why not he broke a record coasting in the 1

lol@jdid's Ato make me sick... puke... ROFLMAO!! They need to just give the young boy a break, nuh true?

i was disappointed beyond measure with ato. so usain boasy. if me did win an olympic gold medal in WORLD RECORD time, mi probably woulda piss up miself pon d track. wa dem woulda seh den? that i disgraced the sport with my lewd behaviour? sure, he was over the top, but a so him tan from long time. who remembers when he was a junior and did the same turn around thing but that time he actually beckoned to the other runners?
and who the hell is ato boldon? what did he win? i remember this same hypocrite won some race somewhere and took off his shirt, flung his shades into the crowd and pranced his way around the field. he needs to shut up before somebody reminds him. or was it so long ago that nobody has any videos of it to put on YouTube?