Before yesterday, I had nothing but bouts of anger, fits of rage and wild tantrums whenever I was in your presence... We've been fighting for so long, I didn't even think this was possible, but we're finally becoming friends!!

The problem was that I was always having "accidents" whenever I was near you, and I figured you were jinxed!! Either that, or you were deliberately setting traps for me, making sure that I had nothing but pain and trouble around you...

See all the scars I have from fights with you and your friends? You know how much crockery you've caused me to break in sheer anger, or because I was too flustered and upset, or just plain frustrated and all out of ideas... It was like you were constantly trying to burn me, to make sure that your jumpy hot oil of problems was always searing me... but now... finally, we're becoming friends!

Yesterday was our last fight, because yesterday, I finally won. Hear that? I won!! And it's funny. When you realised that nothing you did could spoil my good mood, you had the good sense to call a truce...

So I agreed to stop banging stuff around and cussing like a sailor when I was around you. I decided to be nice to your croonies for a change, talk to them with respect, you know, be nice. I agreed to be more open-minded and promised to stop scandalising and sullying your character. In turn, you would be civil to me, and even help me out a bit here and there.

So yesterday, because of this truce, I was able to cook a sumptuous meal without one single curse word or any cuts or nicks or burns... I treated the kitchen and all its utensils with respect: I never cursed, I never got upset, I didn't break anything, I didn't yell... nothing. I was nice to the kitchen, and for a change, that be-atch was nice to me: 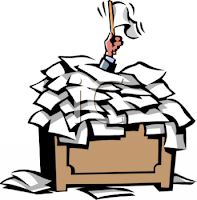 allowed me to cook my merry way through a three course meal that my auntie (my only audience) thoroughly enjoyed. What did I cook? I won't even bother to tell you, cause I can hear you saying, 'that was all?' and trumping my little spirit... But I think me and the kitchen will live on good terms from now on: we're finally becoming friends...
Posted by Ruthibelle at 11:04 AM

lol, well glad it worked out

Thanks for stopping by my blog.

Love the twist your post took at the end. I was wondering, ennuh... :)

yeah, don't take it out on the kitchen! it never intentionally did anything to you!

Thanks for stopping by my spot :)

I agree whole heartedly with Abeni...

hmm... tomorrow the world, huh? i like the sound of that, lol